How Did The Win Come About?

Knowing the challenge for this year’s hackathon was centered on Smart Living in regards to smart homes, smart transportation, and smart cities, Vitetta, co-founder of smart office furniture business modoola, used his knowledge of IOT to develop his pitch for the competition. He knew that an answer to pollution problems would be widely popular, as many citizens are aware of and concerned about this issue, though only a few have made strides to address air pollution. In fact, research done by Royal College of Physicians and the Royal College of Paediatrics and Child Health shows that air pollution is responsible for 40,000 early deaths a year in the UK with 9,000 of those coming from people in London.

After having pitched for the idea, Frank gained team members Finean, a hardware engineer working for a health start up In London and Francia, who had won four previous hackathons in Italy, to help him work on his idea.

AIRMove worked to create a product that would be able to be used widely and thus be able to benefit the most people. While there are other options to sensor air quality presently available, they are expensive and require regular maintenance, so few cities employ the technology. The model that the AIRMove team developed, only cost 50 pounds to build, significantly cheaper than the several pounds option that currently exists.

The AIRMove product differentiates its self in other aspects as well, such as the data it collects. The AIRMove model collects data on four different pollutants including NO2, PM10 and PM2.5. Plus in its current design, the product would easily be able to attach to a bike, a bus, lighting around cities, etc. to allow for air quality to be continuously monitored and updated in all areas or at the least covering a wide range that any static station will be able to cover. 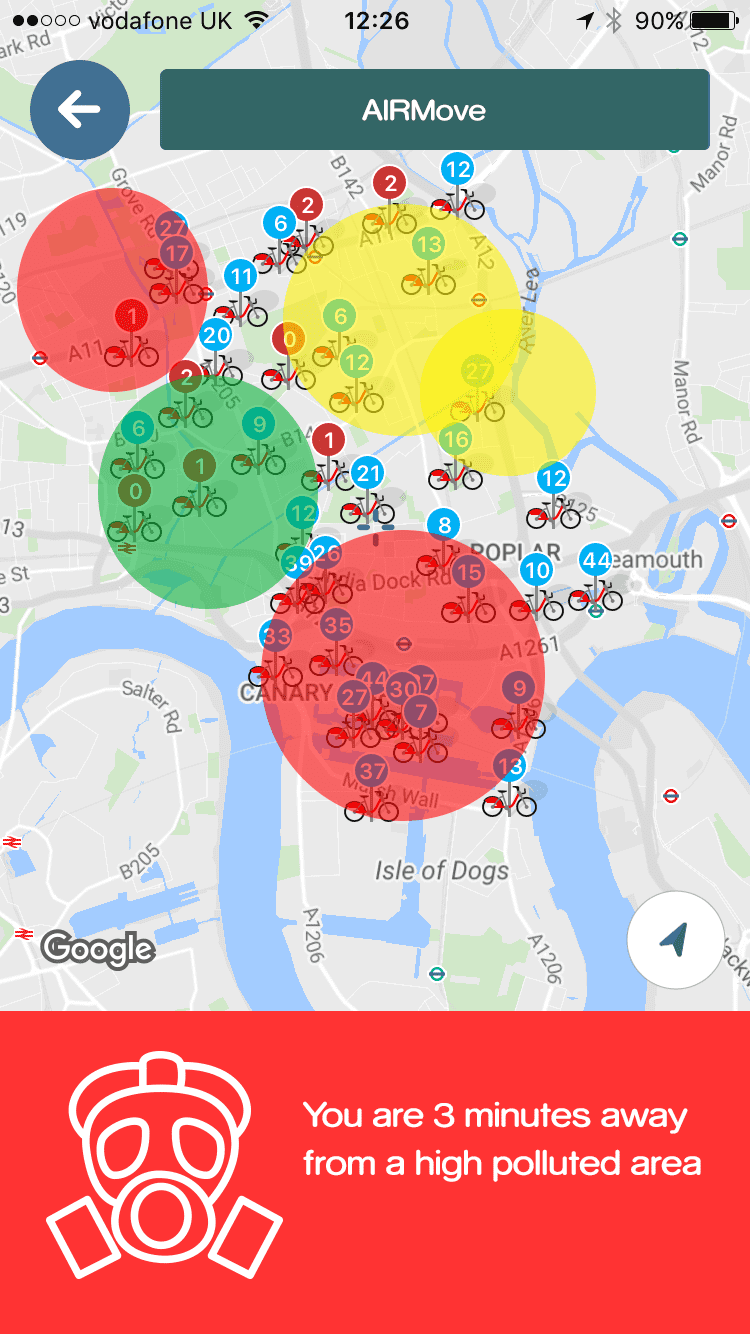 AIRMove wants to inform citizens about air quality in certain areas at that given time, allowing people to determine the least polluted (and safest) way to get to work. The data will be logged into the cloud and will be made available for commercial purposes. For instance property search engines could use the information to provide air quality statistics in the same way they currently provide information on crime rate and school rankings.

Where to Go From Here?

Following the success that the AIRMove team had at HackXLR8, the AIRMove team prepares to take things to the next level. Vitetta says that “We would like to pitch idea to Mayor of London and Transportation for London to see if they are interested to take the idea further.” With the mayor and TLF’s support, AIRMove would be able to advance to the next steps in bringing their idea to reality.