Instagram is more than sharing your most precious photos for the world to see, it can also be used to reveal the state of your mental health, according to a new study.

A team from Harvard and Vermont University have created an algorithm that allow computers to successfully detect whether a person is depressed just by scanning their Instagram photos.

The study involved 166 people who shared over 43,950 Instagram photos in total. Alongside the posts, researchers also asked questions about each participant’s mental health history, which was used to test the algorithm. Out of the 166 participants, just under half had been diagnosed with depression over the last three years.

The algorithm analysed elements of the Instagram photos, including components like colour, the number of people in a picture and the number of comments and likes the photo received. These elements were selected from insights from previous psychological research about people’s preferences for brightness, colour, and shading.

The researchers’ computer program identified people with depression at a detection rate of 70% – significantly higher than the 42% detection rate by GPs.

What did the study reveal?

According to the study, people with depression tended to either not use filters, or disproportionately favour the ‘Inkwell’ filter, which makes your photos black-and-white. Meanwhile, the ‘Valencia’ filter was associated with healthy people, which made the images look more vibrant.

“Pixel analysis of the photos in our dataset revealed that depressed individuals in our sample tended to post photos that were, on average, bluer, darker, and greyer than those posted by healthy individuals.”

Depressed Instagram users were also more likely to post photos with faces, but with fewer faces per photo, research revealed. Researchers believe this may be because they are less likely to engage in lots of social interactions and rather in smaller group settings. Another possible identifier of a depressed user was that they tended to receive fewer likes on their posts. 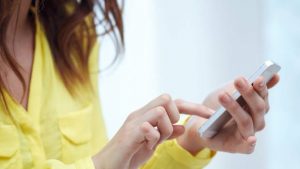 However, before you go checking your Instagram account, Reece warned that the program still needed a lot more tuning. He stated that the study was just preliminary work and that it required further testing before it could safely identify markers of depression in Instagram posts. The study is what’s known as “proof of concept”, which essentially means testing to see if a theory has a real-world application, so it shouldn’t be taken as truth quite yet.

Nevertheless, this research could prove useful for healthcare professionals when it comes to diagnosing patients, especially those who come once every few years for a check up, stated researches. The researchers hope that the study will encourage scientists to conduct more research on the intersection of technology and signs of depression, as there is a correlation between depression and high use of social media. This could possible lead to better early detection of mental illness in the future.

The new study was published in the EPJ Data Science.