An open letter was recently published calling on the UN to ban the development of autonomous weapons, with the founders of 116 prominent technology companies, such as Elon Musk of Tesla and Mustafa Suleyman from Google Deepmind. They warned that the invention of lethal autonomous weapons would create a “third revolution in warfare”, leading on from the development of gunpowder and atomic weaponry. Like chemical weapons and blinding lasers, the group wants the UN to add autonomous weapon systems to the list of ‘morally wrong’ weapons, effectively preventing any UN member from using them. 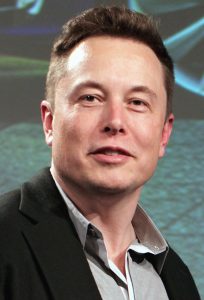 This is coming after experts claimed drones and ground vehicles could be programmed for fully autonomous offensive manoeuvres. Other technology, seemingly on the verge of existence includes quadcopters that can identify targets based on physical features, and turrets that can fire without human authorisation.

Currently, South Korea and Israel have semi-autonomous sentry guns, although they only become active with human authorisation. Under Obama’s administration, we saw the use of drone strikes rise to 563, almost ten times the number under Bush’s previous two terms in power. Although Obama advocated their use he stated these weapons could “carry on perpetual wars all over the world, and a lot of them covert, without any accountability or democratic debate”. US and UK policy at present, states that force will only be exercised after appropriate levels of human judgement has been exercised. Many within the autonomous sector think an international framework needs to be agreed upon or else government policy could be changed, allowing killer robots into their armies.

Ryan Gariepy, founder of Clearpath Robotics stated “Unlike other potential manifestations of AI which still remain in the realm of science fiction, autonomous weapons systems are on the cusp of development right now and have a very real potential to cause significant harm to innocent people along with global instability.”

“These can be weapons of terror, weapons that despots and terrorists use against innocent populations, and weapons hacked to behave in undesirable ways. We do not have long to act. Once this Pandora’s box is opened, it will be hard to close.” Said Musk on the issue.

Arguments have been made for each side, with other tech leaders, such as Facebook’s Mark Zuckerberg, criticising Musk’s comments on the matter as being overly negative and unfounded. Looking back on America’s wars in Vietnam and Korea, they were deemed failures due to the unexpectedly high death tolls. Supporters of autonomous weapons argue that no one would have to die in modern war with robots taking over the actual on the ground fighting. 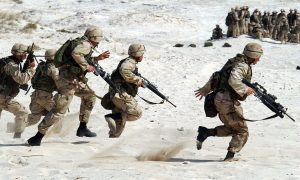 On the other hand, an issue that these 116 technology leaders had was that exact reason. If it’s not human life spent and it’s just robots getting destroyed then who cares? The potential for destruction will be immense. And this is the issue if just UN members were to own the weaponry. The damage caused if these weapons get into the wrong hands could be catastrophic. Musk cites the ability of these weapons to identify physical features as one of the reasons this technology needs to be halted in its tracks.

Two years ago, a similar open letter was signed by over 1,000 experts, warning of an arms race in military artificial intelligence and calling for a ban on autonomous weapons. The signatories included Musk again, the physicist Stephen Hawking, and scientist Noam Chomsky.

We must now wait for the UN’s response to see what the future has in store.