Costcutters, a British supermarket, has become the first in the world to let shoppers pay for their groceries using vein scanner technology. This comes after they successfully trialled the technology at Brunel University. Behind the technology is electronic giant Hitachi and biometric payments company, Sthaler.

The system, known as ‘Fingopay’, uses infrared scanners to read the pattern of veins in a person’s finger and then links this unique biometric map to their bank cards. Customers bank details are stored with payment provider Worldpay, in the same way you store your card details when shopping online. This system allows shoppers to turn up at the supermarket with nothing on them but their own hands and make payments in just three seconds. The technology is also said to even work with wet, dirty or surface level damage, like cuts, as the finger scanner sees inside your skin.

The company is completely changing how we make our in-store payments by providing a more “easier” way of paying. Simon Binns, commercial director of Sthaler stated, “They don’t need to carry cash or cards. They don’t need to remember a pin number. You just bring yourself. This is the safest form of biometrics. There are no known incidences where this security has been breached”. 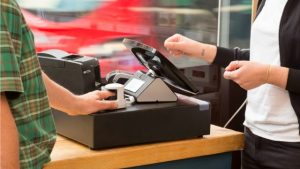 Fingopay does not face the security concerns that fingerprint scanners do. Previous studies have suggested that fingerprint recognition, used widely on mobile phones, is vulnerable to being hacked. Whilst fingerprints can be copied from finger smears left on phone screens, Sthaler claims vein structures cannot be copied or stolen. Thus making vein technology the most secure biometric identification.

“When you put your finger in the scanner it checks you are alive, it checks for a pulse, it checks for haemoglobin. ‘Your vein pattern is secure because it is kept on a database in an encrypted form, as binary numbers. No card details are stored with the retailer or ourselves, it is held with Worldpay, in the same way it is when you buy online.” Said Binns on the issue.

Nick Telford-Reed, director of technology innovation at Worldpay UK, further supported by stating: “In our view, finger vein technology has a number of advantages over fingerprint. This deployment of Fingopay in Costcutter branches demonstrates how consumers increasingly want to see their payment methods secure and simple.”

Despite the concerns, dozens of Brunel students are already using the system and it is expected that 3,000 students out of 13,000 to sign up by November.

However, Costcutters may not be the only supermarket providing this unique technology as the firm is in ‘serious talks’ with other major UK supermarkets to adopt the vein scanners at pay points across thousands of stores.  It is also in discussions with nightclubs, gyms about using the technology to verify membership and even Premier League football clubs to check people have the right access to VIP hospitality areas. Thus increasing the popularity of the system.

The concept of vein scanners is not relatively new as it is already being used as a way of accessing high-security UK police buildings and authorising internal trading. In addition, there are other similar biometric payment methods. This includes fingerprint payments, which are already used at cashpoints in Poland, Turkey and Japan, and facial recognition payments, which is currently the new payment method used in Apple’s newest iPhone. 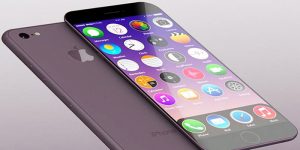 Now we will just have to wait and see what the future has in store, maybe Apple’s facial recognition technology will be used as a worldwide payment and not only on our phones.