A German start-up may be on the verge of providing “flying taxis”. Lilium, a company with grand ambitions has managed to attract another $90 million in finance from top tech investors. To date, it is one of the best-funded electric aircraft projects. Lilium has devised plans for an aircraft that will be capable of both vertical take-off as well as electric powered jet flight.

This concept has long since been the idea of science fiction writers, but currently ‘flying cars’ are what aviation and technology leaders are racing to develop. These electric-powered flying vehicles are currently being developed and crafted by some of transports largest names, including Uber, Airbus and, like Lilium, a range of start-ups. Larry Page, Google’s co-founder has even invested in one of these start-ups himself, called Kitty Hawk.

It was back in April when the German start-up first announced it was developing a five-seat “flying taxi” after managing to successfully test a two-seat jet capable of a mid-air transition from a wing-assisted flight, like a plane, to hover mode, like a drone or a Harrier Jump Jet. The lightweight craft will be propelled via 36 electric jet engines, mounted on its movable flaps upon its wings. 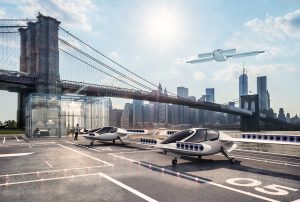 With congestion being an ever-mounting problem for growing cities, the sky may be the only option for the future. A Lilium executive believes that with this winged, electric-powered flight, a commuter could travel over 200 miles per hour without the hindrance of road traffic.

The extra funding will be put towards hiring new staff and the next development stages. The main issue will be safety and there are many stringent regulatory approvals that will take a long period of time to overcome before it is commercially viable. Gerber, the company’s CCO, has stated he has crafted the firm so that they can scale up. Currently, there are around 70 employees, but is looking to potentially double their staff by hiring aeronautical engineers, electric propulsion experts, computer sciences and anyone else that may be of use to this project.

The deadline for manned test flights has been set for 2019, four years after the company originated from the Technical University of Munich. Regulatory approvals will take a considerable amount of time as the craft have to be proven as safe, but Lilium is theorising a fully commercialised electric, flying-taxi sometime in the next decade. 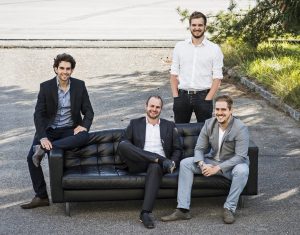 Lilium has many rivals in the industry. However, the vertical take-off ability twinned with electric powered jet flight provides a competitive advantage that the competition has not. The majority involve using helicopter technology, so they will be slower, unable to fly like a jet. Airbus has set the goal of testing their helicopter like craft in 2017, with the vehicle supposedly able to carry multiple passengers around cities.

Kitty Hawk, the Larry Page-backed start-up, is designing an all-electric personal aircraft that can be operated over water without a pilot’s licence. Plans are for this craft to be released for commercial use either this year or the next. On the opposite end of the spectrum, there is Uber’s Elevate idea, which has been slated by news outlets such as Forbes for being too unrealistic.

Lilium may be the ideal flying car of the future, or a pipe dream, more suited to comic books and cartoons than the real world. Only time will tell.

A new era in high speed transport may be upon usInstagram vs. Snapchat for Businesses