The computer poker program Libratus was one of the biggest winners in the recently concluded 2017 International Conference for High-Performance Computing, Networking, Storage and Analysis held last November. The computer program bagged one of several awards given by the prestigious HPCwire.

Libratus won Best Use of AI, one of the three Reader’s Choice Awards handed out by the leading trade publication in the supercomputing community. The poker bot created by Carnegie Mellon University (CMU) School of Computer Science uses the supercomputing system known as Bridges, which was developed by the Pittsburgh Supercomputing Center.

Heralded as far more powerful than previous poker bots, including CMU’s own Claudico, Libratus relies not on fixed built-in strategies but on algorithms that compute strategies in real time using the supercomputing capabilities of Bridges. As it relies on algorithms, Libratus in effect is far more unpredictable, with its “actions” and “decisions” predicated on the results of the algorithms that Bridges computes at fast speeds. 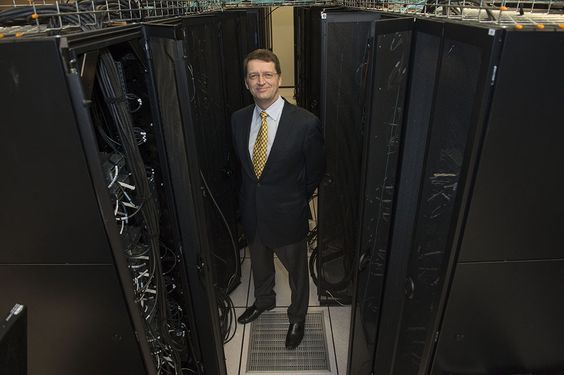 Libratus showed off that extraordinary power earlier this year by winning the Brains vs. Artificial Intelligence competition held at Rivers Casino in Pittsburgh. The powerful poker bot beat four of the best poker players in the world—Dong Kim, Jason Les, Jimmy Chou and Daniel McAulay—in a 20-day tournament where each of the four poker luminaries spent 11 hours per day playing no-limit Texas Hold’ em against a supercomputer.

Pegged by international betting sites as a 4-1 underdog, Libratus nonetheless defied the odds and won over $1.7 million in virtual chips. Libratus’s earnings pale in comparison to the $12 million Jamie Gold took home by winning the 2006 World Series of Poker or the $10 million Martin Jacobson earned by winning the 2014 edition of that very same tournament. If Libratus could beat four highly regarded poker players in a made-for-TV competition then the chances of Libratus winning a poker tournament as lucrative as the World Series of Poker is not outside the realms of possibility. Business Insider reported that the casino and gaming industry was worth $240 billion in the 2014. If a program like Libratus was entered into major tournaments and started winning, it would change the industry. The technology would become extremely lucrative in the future as it would turn poker from a game of skill, to one of algorithms and probability. 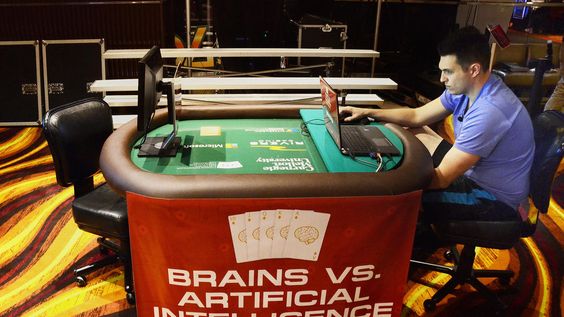 The opponent of Libratus was simply too overwhelmed at Brains vs. Artificial Intelligence that at the end of the tournament, Dong Kim was effusive in his praise of Libratus, describing it as “so good,” and admitting that he felt as if the supercomputer could see his cards.

Kim was on-point in his description of Libratus, and the secret to why it was so good is that it relied on three different systems working together.

For system 1, Libratus relied mainly on a form of AI called reinforcement learning, where it “learned” by playing game after game after game against itself. Through this process of learning, Libratus developed a strategy entirely different from that used by humans. System 1 alone would have made Libratus fairly competitive, but then system 2 comes into play. In simple vernacular, this second system adds new wrinkles to the strategy developed by the first system, thus making it even more diverse, more detailed. Combined, those two systems make for one hard-to-beat AI poker bot.

However, the creators of Libratus didn’t stop there. Instead, they created system 3, whose sole purpose is to foolproof Libratus. Simply, this third system identifies discernable patterns and removes them accordingly, which then makes this powerful bot unpredictable and near impossible to figure out.

Libratus, clearly, is a capstone for technology, and is truly deserving of the award it received from HPCwire. Its developers, though, deserve just as much credit as it was through their sheer brilliance and all-out effort that Libratus became the supercomputer it is now.