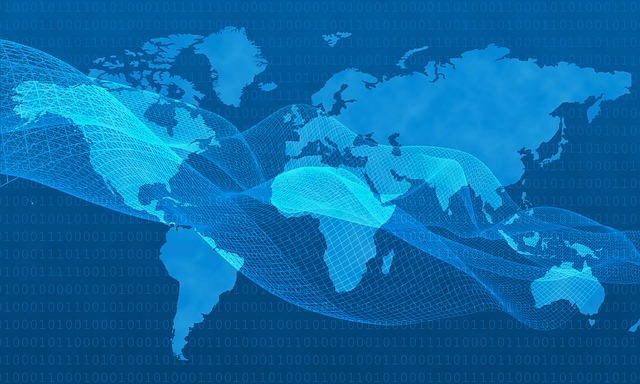 For over a year, the multi-level marketing (MLM) cryptocurrency company DasCoin founded by Michael Mathias has been recruiting a network of ‘investors’ known as NetLeaders affiliates in some of Africa’s most impoverished communities.  In the guise of providing access to utilities like electricity and clean water and other opportunities in cryptocurrency, it appears DasCoin is preying on unsuspecting, and sometimes unschooled people in some African villages to buy-in to its pyramid scheme.  Under the brand name Blockchain Africa, DasCoin claims to focus on developing blockchain and providing real-world solutions for the public and private sectors; working with African government officials, sole traders and farmers.

In a promotional video entitled Blockchain Africa the Sequel “How Blockchain Empowers the People”, DasCoin proudly presents its team; a Uganda government senior official and advisor to the country’s President, a university professor, a financial advisor and an entrepreneur; all of whom are members of NetLeaders.  Apparently, the team are already implementing solutions on the DasCoin blockchain, including record keeping, smart contracts, remittance and utility value chain.  Their main job, apparently is simply to spread the news and ‘educate’ people about the DasCoin Blockchain technology, and to encourage them to join the MLM network by securing NetLeaders licenses, where affiliates are expected to invest up to €25,000 in DasCoin.

Central to how cryptocurrency works is the notion that it lets people exchange money electronically, just like sending a mobile text message or an email.  Typically, the digital currency is decentralised from government and other entities, and transactions are processed in transparent, open-source operating systems and are stored in a public ledger known as the blockchain through a process known as mining.

Each cryptocurrency created is controlled by code; with the identities of the owners encrypted and relies on “peer-to-peer” networks, in such a way that no single entity can affect that currency.  Essentially the currency is not defined by a physical object such as paper money in USD.  The coins are digital and are stored in digital wallets and transferred digitally to other peoples’ digital wallets. This is not the way DasCoin is dealing in the cryptocurrency market.  Dascoin works only within its own network.

DasCoin has put together a hybrid model of centralised and decentralised cryptocurrency. Investors of DasCoin do so through NetLeaders, where they use real money to purchase a NetLeaders licence, which is the entry point to the DasNet platform. Affiliates invest anything from €100 to €25,000 in DasCoins and receive between 1265 and 373,750 cycles – which are the basic building blocks of the network – with up to 3 upgrades.  When the rate of cycles converted into DasCoins drops below 50% efficiency, that is from the starting point of 100 efficiency, an upgrade gets triggered.

The only holders of DasCoin cryptocurrency are the NetLeaders affiliates, and the internal value of DasCoin is set by DasCoin itself.  Investors contribute real money to the DasCoin “portfolio manager” and the “manager” controls the entire operation, merely by transferring money from one client to another and forgo real investment activities.  DasCoin is a typical pyramid business, structured so that initial investors recruit other investors who must continue to recruit more investors.  This process is usually communicated as a way of informing or educating people about the apparent opportunities to make them richer quicker, which turn out to be unrealistic and costly to the victims.  This is mainly because the only source of revenue entering NetLeaders and DasCoin is that which is generated through newly invested affiliate funds.

DasCoin a clone of Onecoin

Many commentators have likened DasCoin to the infamous Ponzi scheme OneCoin, mainly due to its organisational structure and its reliance on prospective investors joining its MLM network, and also due to its senior management’s prior involvement in OneCoin.  But when you put the models side by side, as shown in the table below, it’s easy to see that DasCoin is a clone of OneCoin model.

Michael Mathias, founder of DasCoin admittedly does not have experience in cryptocurrencies prior to DasCoin.  According to his LinkedIn profile he was founder of LingoZING! comic app, although his name doesn’t seem to appear as founder on LingoZING!

In a video in which he states his non-involvement in OneCoin, Mathias admits to having no previous experience in cryptocurrency and that he actually learned what he knows about cryptocurrency from replicating the OneCoin’s “strong marketing model” and marrying it together with cryptocurrency.

Although DasCoin’s CEO Michael Mathias has always denied any prior affiliation to the Ponzi business OneCoin; he admits in the same video that OneCoin had “a model which was interesting” and wanted to know more about it; such that he was motivated to start a company that would protect such a model “because this is the model that spreads prosperity”.  In other words, it is the model, the MLM tactic that was the key motivator for stating DasCoin; or rather cloning OneCoin – not necessarily dealing in the cryptocurrency business.

Although some may view MLM models as legitimate business opportunity, research has shown that participants suffer extraordinary losses on over 99% of all the MLMs for which the researchers were able to obtain relevant data.  Participants of such schemes have collectively been affected to tune of hundreds of billions of dollars worldwide.

The African NetLeaders affiliates have been promised “empowerment” and “real solutions” through the DasCoin utility blockchain. It is highly likely that only a handful of participants will realise any benefit, while the rest will not see DasCoin blockchain deliver legitimate opportunities or solutions in the long run.

DasCoin is on a mission to establish unscrupulous partnerships across Africa.  So far it has established teams in Uganda and Tanzania; dealing with some of the countries’ senior officials. It seems the company will continue to prey on other victims in the region, and will most likely deal with officials in countries where corruption is rife.

What is certain unfortunately, is that this fraudulent business model, causes nearly all participants to suffer losses and only enrich the founders and those at or near the top of their respective pyramids of participants.  As a typical commission based pyramid, DasCoin’s new NetLeaders affiliates are likely to soon dry up and suffer losses that they can’t really afford to lose.