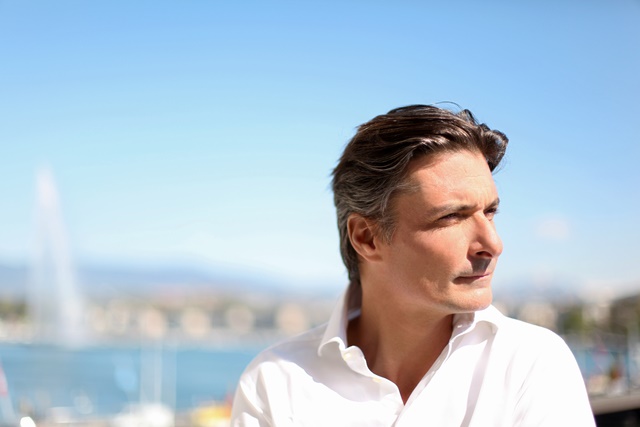 The Swiss investment community was rocked five years ago when Fabien Gaglio admitted to defrauding his clients of millions of dollars.

Gaglio had been a co-founder of Hottinger & Partners SA (HPSA) in Geneva but rather than managing his client’s assets, he was secretly stealing their money to fund a lavish lifestyle. The Court of Luxembourg found him guilty of fraud and money laundering in 2016 and sentenced him to four years.

Now, a report by Tribune de Genève gives an account of the aftermath of the scandal and details how Gaglio’s former business partner, Jean-Francois de Clermont-Tonnerre, was left to pick up the pieces.

According to the Swiss newspaper, Clermont-Tonnerre discovered Gaglio’s fraud in early 2013 when a client contacted HPSA to query an account statement they had been sent.

By coincidence, a bank statement for the same client had just arrived and one of HPSA’s administrators noticed a discrepancy in the numbers. She alerted Clermont-Tonnerre, who phoned Gaglio to ask for an explanation.

According to Tribune de Genève, Clermont-Tonnerre had no suspicions until that phone call “started a saga worthy of a novel”.

Clermont-Tonnerre contacted the Swiss authorities and then called in Deloitte to do a forensic examination of what Gaglio had been up to. Deloitte calculated that Gaglio had defrauded his clients of about 42 million Swiss francs ($42m) between 2005 and 2013.

Since uncovering the fraud, Tribune de Genève reported that Clermont-Tonnerre has been working to get investors their money back and has so far recovered more than $10 million.

Clermont-Tonnerre is also trying to understand how Gaglio could have lied to so many people for so long and he is “committed to establishing the truth” of what happened at HPSA.

The interview with Tribune de Genève is the first time that Clermont-Tonnerre has spoken publicly about Gaglio’s fraud. He admits that he bears some responsibility for what happened: “I was an administrator. I have some responsibility. There was a lack of vigilance. I should not have trusted that much. I learned a lot.”

The newspaper points out that the Clermont-Tonnerre was cleared of any involvement in the fraud by the Court of Luxembourg, which classified him as among the victims and awarded him damages.

Tribune de Genève also addressed allegations that have been made in the media that claim Clermont-Tonnerre received money from an offshore company used by Gaglio to launder money. The newspaper points out that while Clermont-Tonnerre did receive money from his business partner, these were actually repayment of personal loans. Gaglio was often short of money and would ask his partner to pay credit card bills and other expenses.

Tribune de Genève also revealed that Gaglio was defrauding clients even before he joined HPSA in 2005, including while working for Rothschild bank and Morgan Stanley in London.