Have you ever thought, what would it be like to have the strength and power of a superhero? Well, it seems like it’s becoming more of a reality than a dream due to the huge strides forward in recent technology.

Exoskeletons are being designed, developed, and some are even being tested; with Ford trialling exoskeletons in the attempt to reduce workplace fatigue and injury.

An exoskeleton can be defined as a, “hard outer layer that covers, supports, and protects the body of an invertebrate animal” in the Cambridge English Dictionary. Whether this definition is a fancy way of describing an Iron Man like suit is a whole other debate.

However, there is no debate about the genuine practicality of an exoskeleton when used for the right reason. An article in the Guardian featuring Sophie Morgan, a model and presenter of the 2016 Paralympic coverage on Channel 4, covered her remarkable story. Morgan was paralysed in a car accident and had been in a wheelchair since, however, it was an £80,000 exoskeleton from Rex Bionics that got Sophie back on her own 2 feet again. A simple forward push of the joystick would power a forward movement in her bionic legs; left foot forward, right foot forward, left foot forward, right foot forward – you get the idea.

It’s incredible to see that with the help of an exoskeleton; injured and disabled people get the opportunity to perform tasks that they thought they might never be able to do, whether it’s something extreme like mountain climbing or simple like walking up the stairs. It’s advancements in technology such as exoskeletons that help humans fulfil and further their potential, even when nature wants to hold us back. 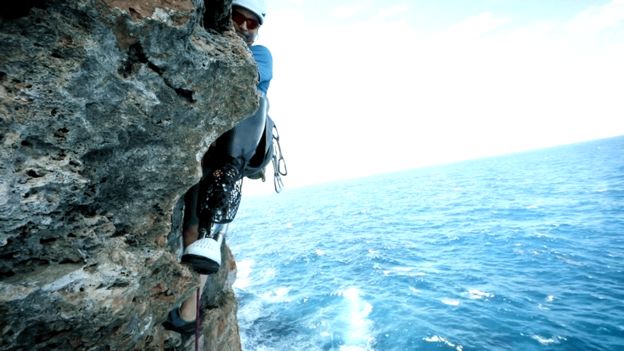 With all the positives and various opportunities that exoskeleton technology presents, there are plenty of questions surrounding the morality of this equipment that accompanies it. In a recent BBC news article; Professor Noel Sharkey, co-founder of Responsible Robots, said that there could be, “exoskeletons on building sites that would help people not get so physically tired, but working longer would make you mentally tired and we don’t have a means of stopping that”.

Sharkey demonstrates here that even when technology is incredibly advanced, there can be no scenario where you can control all the variables – if you opt to change something then another detail is offset. In this case; you can influence the external aspect of a human but can’t control the internal mechanics of human psychology.

Furthermore, there have been questions asked over the use of exoskeletons in combat, and more to the point – who might use them. This technology does have the potential to aid a soldier in combat or even be built into a weapon.

There is a constant reminder when there’s a development in exoskeleton technology that the reality of an Iron Man type suit is not too far away. There’s every possibility that this kind of technology could be abused for the wrong reasons, and could actually cause serious harm in the worst-case scenario.

However, Mr Clites said that, “we don’t stop building cars because some people will drive drunk”. And as straightforward and simple as this comment is, Clites has a point. With technology growing at such a rapid rate, to try and halt it because of a small risk that some people might abuse the technology is maybe a risk that has to be taken.

Exoskeletons have the potential to impact lives for the better; whether it allows an injured soldier to walk again or if it helps reduce the physical strain for a nurse that is on their feet for the whole day.

There is no guarantee that exoskeleton technology will transform the future of the world or that it will even go mainstream. However, the strides forward that have been made in this technology most definitely cannot be ignored and will continue to feature long into the future.

Are we ready for electronic voting in elections?

Ryanair tries to by Air Italy in a battle against time....