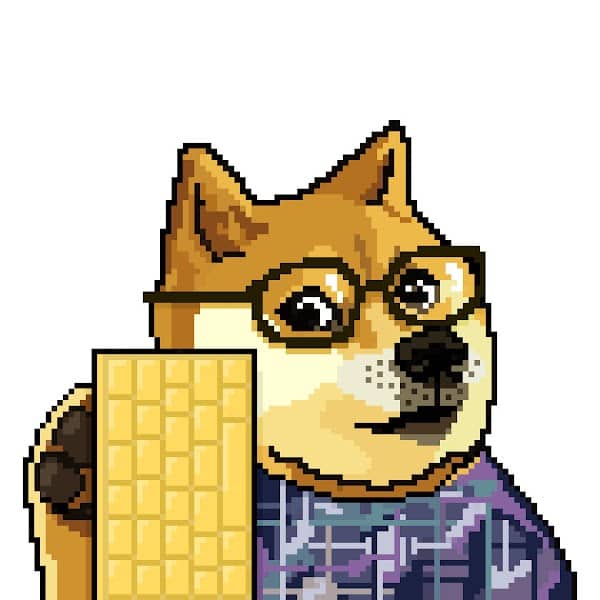 Riding on the success of the remaster Nyan Cat, Joanna Dudoń an award-winning illustrator from Cracow, Poland, went back to the original animated dog GIF in order to touch up minor flaws and put it on sale opensea. The collection is under the name of raredigitaldogs with a reserve price of 2 ETH.

Cryptoart has grown in popularity in recent years and there are now digital marketplaces, including Nifty Gateway, where collectors can buy and sell digital works. Last year, digital artist Beeple sold a series of works for more than $3.5 million, and in December musician Deadmau5 sold his works for $1.2 million.

The buyer of the work has the privilege of owning a digital work of art, and for a limited sum an infinitely reproducible image file can be used as a physical object, such as an image of a human being or work of art.

Works of art are licensed to allow buyers to exhibit them, but the intellectual and creative rights to the works are generally reserved to the artist.

This means that buyers in some ways only buy the bragging rights, but they can also support the artist directly. To say that the collector actually owns it or is a patron carries a certain kind of prestige that really appeals to people, “Lindsay Howard, the foundation’s community director, told The Verge magazine. We think it’s really exciting for people. And that’s something we’re really looking forward to.

In the case of the Foundation, the artist will continue to receive a portion of the future revenue and the digital artwork can be resold. Each piece of cryptoart is sold as a non-fungible token, or NFT, a unique digital token that lives off the blockchain and verifies ownership of each piece. This means that the purchase of a cryptotype contains an element of investment and speculation, as it could give the possibility to resell the work later for a profit.

Dispatch Weekly is a Google News approved website. We cover news from entertainment, music, fashion, sport and science all around the world. If you would like to contribute or write for us with any exclusive or breaking stories, please do not hesitate to get in touch.
Contact us: editor[email protected]